New years! A year in review 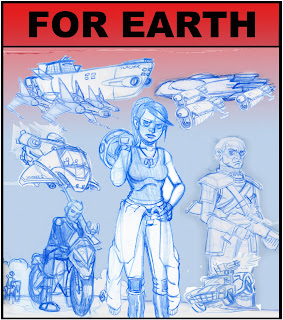 Oh 2009, what a strange year. I spent slightly more than half the year unemployed working on my 120 page book Jim and Jenn, which remains sitting on my desk in unpublished limbo. I then spent the rest of the year working on comedy networks upcoming show Ugly americans. Its going to be pretty good, thats for sure. There were three comic conventions, TCAF, Hobbystar and SPX. All good. Less concerts than last year, more CD's, more hockey and always comics.

This years comic highlight for me was discovering Nokia Ursawa, Monster, Pluto and 20th century boys were all really inspiring works. The year began with scott pilgrim volume 5 which was heart breaking and beautiful. Lot to cover in 6 but O'malley so far has only delivered. I'm sure that will be on my 2010 best of list. Invincible is still my favorite monthly floppie. In 09 I all but stopped buying marvel and dc books. The exceptions being when Quietly and Morrison put out anything together. DC and Marvel, you guys gotta quit the events, I've never cared less. In webcomics, Scary go round ended to make way for the promising bad machinary. That is a chenge that I'm enjoying so far for sure.

In music the yeah yeah yeahs, Tegan and sara, Okervil river, Joel Plaskett, Yo la tengo and the replacements were the big sonic winners in my apt.

In a bad year for movies the popcorn flicks won the day, all the usual suspects were also rans, that made room for star trek, avatar and Up to be my top three this year.

In 2010 I promise to finally finish don river, my 20 to 30 page river spirit comic. I promise to start on my next book, either, a scifi space epic, a 21st century fantasy comic or a giant robot book. I also promise to continue brushing my teeth and making updates on you my favorite blog at least once a month.
Posted by Brian Evinou at 2:33 PM

Jesus, How do you remember all that stuff! I barely have room in my head for what happened yesterday... Of course now I feel the need to remember my '09. Thanks for the inspiration