Into the dust fanart and TCAF roundup! 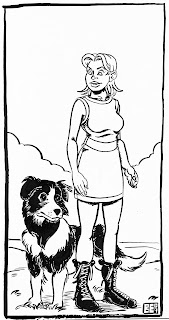 Hello blognation! So once upon a time I went to show called the paradise comic con. It was my first con and I met a fella who sat beside me named Jesse Rubenfeld, he does a comic called into the dust. Its a reimagining of the Wizard of Oz, its pretty toight. Anyways..we did a one sided pin up trade. My half of the deal never really surfaced..untill now ten months later!! Hope you likes and check out Jesse's site.. http://www.jesserubenfeld.net/
So TCAF has come and gone. It was a blast. Incredibly well run and insanely well attended. I would like to give a shout out to Chris Butcher for doing a hell of a job on putting together my fav show, the volenteers and all the people who came with big fat open wallets. Heres some pics, 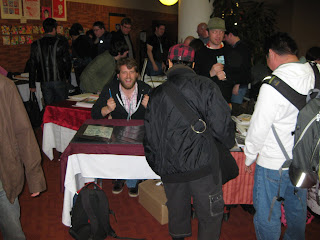 me at my table at the very end of the show, to my left, your right, super talented Salgood Sam http://www.salgoodsam.com/ 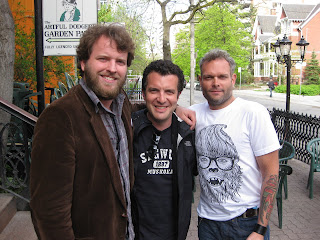 And then I met Rick Mercer at the end of the first day. Thats my buddy Mike to your right, my left. 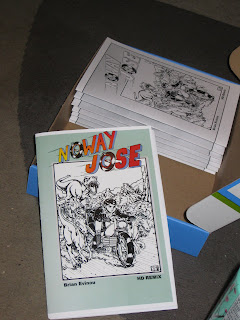 Noway Jose's almost cover. I hated it, so we went B&W 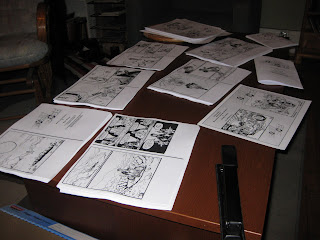 The glamorous world of assembling your own mini's. Pro tip, buy a long armed stapler. Oh the hijinks that ensued.
Theres more pics from TCAF to be found on my Flickr, here.. http://www.flickr.com/photos/33194886@N08/
See you sooner than later. Im hard at work on a Black Bastard six pager which is coming together pretty well, along with a bunch of other nice stuff I wanna show you all.
Posted by Brian Evinou at 2:22 PM

Dude cool drawing there at the top, and a great job at TCAF man..it was cool to see you making it happen in all your glory..including seeing our buddy Rick. Keep em coming dude!