True Patriot 2 and some Drawings I have done lately. 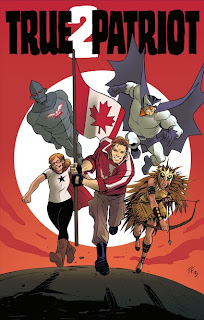 TRUE PATRIOT 2!
This is a very cool anthology in which I am lucky enough to be a part of alongside Fred Kennedy and Adam Gorham. Our strip is a follow up to break out star of Vol.1 Gull Girl! Other names in this book include three of my faves Faith Erin Hicks, Andy Belanger and J. Bone! Two days left in the campaign. Check it out here! 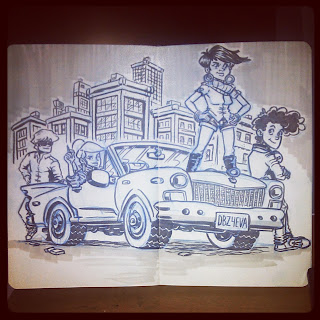 These are the stars of my next comic. Christine 2. 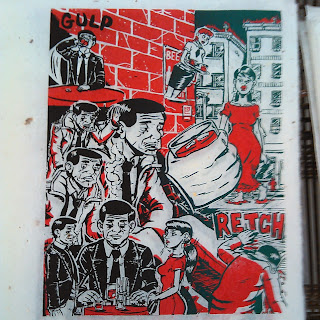 This is part of a interesting book project I'm doing where I am reworking the meanings of my comics into new compositions..more on this next month. 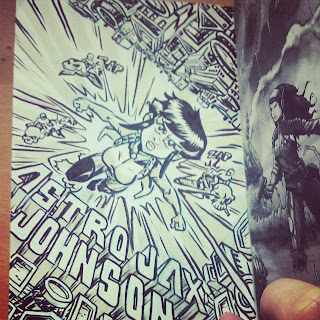 An example of an artists edition drawing I did on the inside cover of a copy of MONSTROSITY that was ordered from my website..you can too! 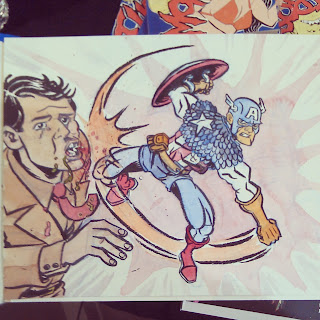 I have been reading a lot about the Genocide in Herero. There is a theory that it along with the genocide at Maji-Maji are the start of a continuity of genocides by Germany in the 20th century. I had never heard any of this before. I wasn't even aware of these two genocides! Here is Cap punching Hitler. I drew this at the Stadium free comic book day event around halloween. 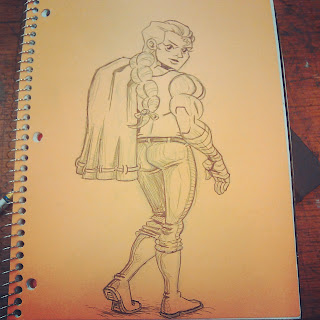 I drew this in class when working on designs for a character I am working on.

yo man! these look so good!

Thanks for sharing, I will bookmark and be back again.sap training bhubaneswar